So today on my Twitter I explained that although my work life is taking over I still wanted to keep momentum on here. I asked in a poll what I should share and something from drafts and the blogger award were chosen. So here is a draft that I started a long while ago about a TV series that well and truly got under my skin so without further ado. I give you 13 Reasons Why. 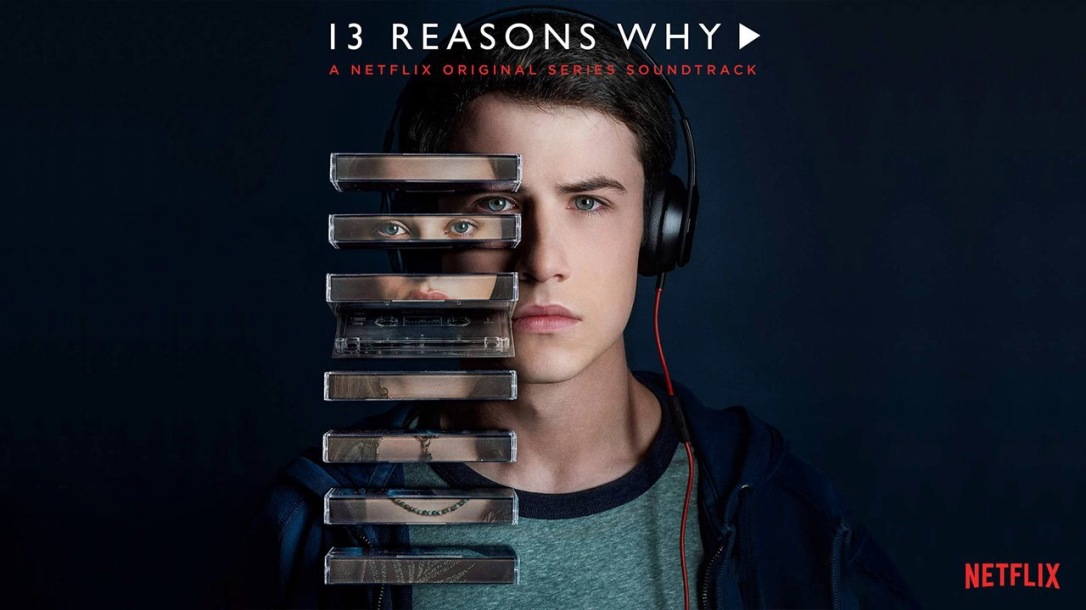 Summary: Newcomer Katherine Langford plays the role of Hannah, a young woman who takes her own life. Two weeks after her tragic death, a classmate named Clay finds a mysterious box on his porch. Inside the box are recordings made by Hannah — on whom Clay had a crush — in which she explains the 13 reasons why she chose to commit suicide. If Clay decides to listen to the recordings, he will find out if and how he made the list. This intricate and heart-wrenching tale is told through Clay and Hannah’s dual narratives.

My thoughts: It’s been a while since I have been compelled to write about a TV show. I guess this one is different as it originates from a book today I am talking about 13 Reasons Why. I love that Netflix commission so many different shows and I’m even more impressed that this one started as a book. As you can guess I haven’t read the book but I am contemplating the audio book. I have heard a few of the basic differences and I’m intrigued to listen and to read more from Jay Asher.

Now, 13 Reasons Why is essentially a sad story about a girl who committed suicide and the tapes as in the 13 reasons are explaining why ultimately. So the story is told by two people Clay in the here and now and Hannah through her tapes that are passed around certain students for various reasons. From the off I liked Clay – a nice guy, bit of a nerd but an amazing all round good guy. I also felt for Hannah from the off as she wanted to fit in and to matter, and it seemed that many people didn’t really notice her until she was gone.

This is a real coming of age story with all the usual angst. At times this is exceptionally hard to view but I believe it is done so well.

For me I was on the edge of my seat awaiting Clay’s tape as I said I liked him from the off so I wanted to know why. It killed me to hear it and to see how truly touched and broken by it he was. Clay isn’t malicious but like most teens he didn’t totally think of how his actions would come across. A few small words from Clay to Hannah could have changed her life.

Hannah’s cry for help with a counsellor and her final moments were such hard viewing.

I hope to devour the audiobook soon and I will once again share my thoughts. There is to be a second season and I cannot wait to have the gang back as there are still so many unanswered questions. I may even review each episode that’s if you guys would like that?

Have you watched 13 Reasons Why? Or have you read the book or anything more from Jay Asher. I would love to know your thoughts and suggestions.

The lovely Kelly over at https://lovebooksgroup.blog/ posted about this challenge yesterday but there really weren’t enough hours in the day for me to be able to participate. So today on good old Hump Day I have a well needed day off which means I have a bit more time to be creative so I will be posting my offerings for day one and day two here.

Enid Blyton is one of my favourite authors of all time, and as a child I spent many hours devouring her books and I cannot wait to do so once again. When my nieces are a little older I shall be rediscovering my old favourites. Plus I have realised there are a number of her other series that I had never heard of, so that will also be fun. Thanks to Bruno Vincent I am truly adoring the parody series and I will be reading and reviewing a few more of them soon.

So I am going to go from a childhood book to a book I read hmmm a good few years back now and one that will bring me onto another post.

Awww le sigh!!! I am a huge Lauren Kate fan and I have been lucky enough to meet her like twice. I am pretty sure the whole of my Fallen series is signed….this is a love story like no other, where angels and devils really do exist. I am totally #TeamDaniel but I have to admit I did also kind of fall for Cam.

Today has been my day off and for once in a long while it has been a me day – what I mean by that is I have done stuff solely for myself. Firstly I found out that the Fallen film is now on NETFLIX UK yup!!! This film should have been more widely advertised etc as it was awesome….I literally finished watching about an hour ago and waaaay too many feels. Before all of that I made an appointment to get my hair done something I have been meaning to do for ages. It’s remarkable how much something so simple can change how you feel and your whole persona – I feel like a different woman. Anyway I will make another post with some pictures as there is more I would like to talk about. Back to Fallen – Fallen got me into a whole new genre and I have a lot of love for those Angels. Where there was Fallen there was also the glorious Hush Hush series – but that is a whole lot more swooning. So day two brings a read from the older me, I have to now mention Twilight as that was one of the books that got me hooked onto series based reads. I got into it late which suited me as by then all the books were readily available….

I hope you have enjoyed my offerings for this challenge. If you are also doing it please link them to me here I would love to see. If reading my post has prompted you I would also love to hear from you. As I have loved Kelly’s these past two days and I cannot to see what she comes up with next. I think I know what my next one will be.

I also wanted to take this time to say Wandering Wednesday’s have not been forgotten I do want to feature my New Orleans inspired reading but I haven’t managed to fit it in just yet. Hopefully I will get it back for you next week. I also haven’t posted any more Friend Fridays if any of you want to participate do drop me a message and I will email you over the questions.

I look forward to hearing from you…..